Quitting Smoking: The Dangers of E-Cigarettes and Vaping 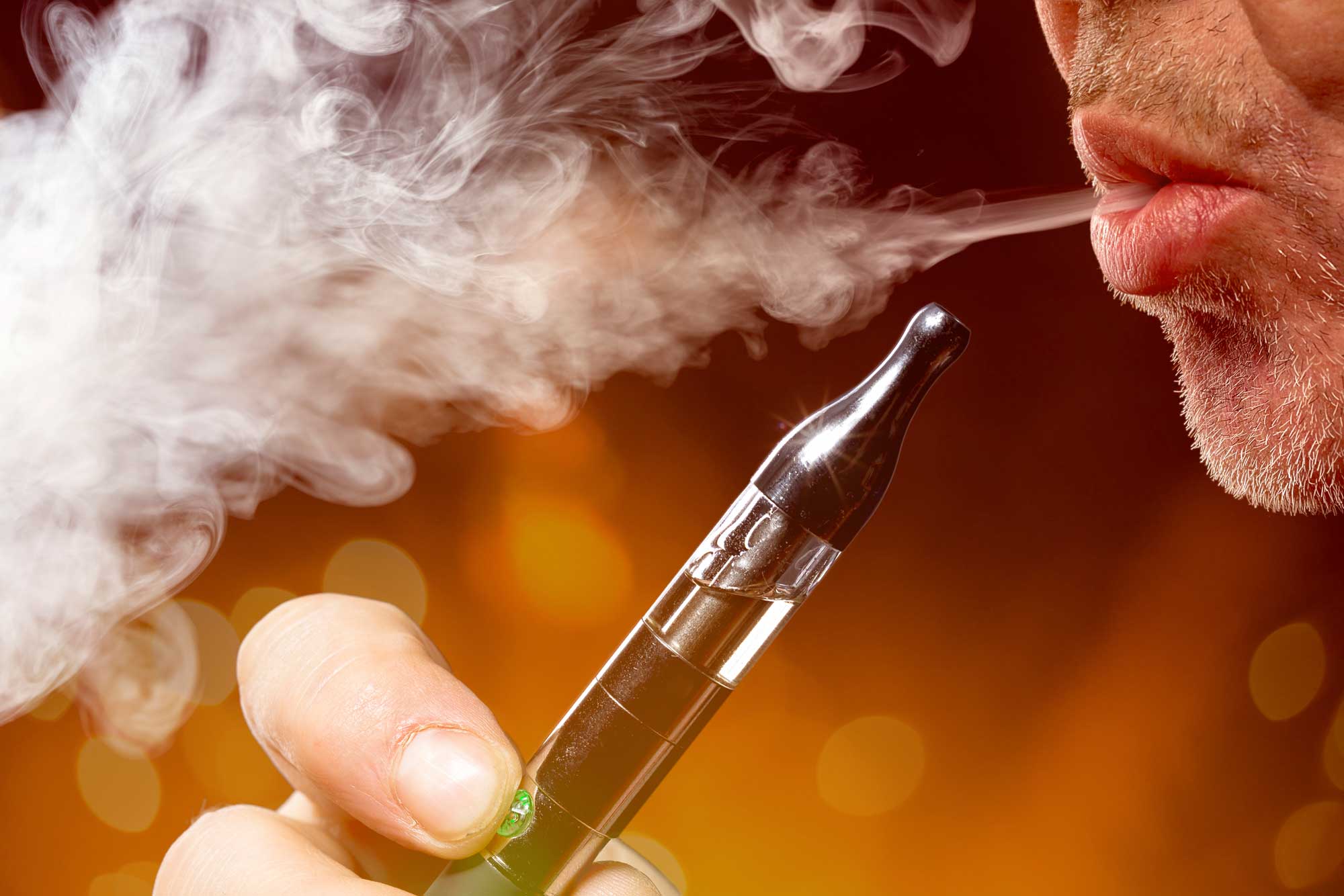 Are you a smoker who has switched to e-cigarettes or vaping because you think it is a “healthier” alternative?

The truth is you have only switched one health-damaging habit and addiction for another.

Learn the very real dangers of using e-cigarettes and vaping and about a truly healthier method to help you quit smoking and end your nicotine dependence for good.

Recently across the United States there has been 6 deaths and 380 possible and confirmed cases of long illness associated with flavored e-cigarettes. The Trump administration is calling for a ban on most of them due to their appeal to young people in the U.S. and another impending national health crisis.

With incidents like these, it is more important than ever to find viable and less harmful methods to help you quit smoking. We already know the harm smoking cigarettes does to the body but now, what was once thought of a “healthier” alternative and a helpful tool to help you quit smoking, is possibly doing more harm even quicker.

E-Cigarettes were created to help you quit smoking.

In 2003, a Chinese pharmacist, Hon Lik, was credited with the first-generation e-cigarette that used a piezoelectric element to vaporize the liquid containing nicotine diluted in a propylene glycol solution. (Health Effects of Cigarette Smoking. (2014, February 6). Centers for Disease Control and Prevention. )

Hon Lik invented the e-cigarette as a safer and cleaner way to inhale nicotine as a tobacco cessation resource after his father passed away from lung cancer. (Who Invented the Electronic Cigarette?  )

Like many things, the intentions were good but once a product has become monetized it is in the manufacturer’s and seller’s best interest to cut costs and sell more products for more profits any way they can. It does not matter to them what is best or “healthy” for you. 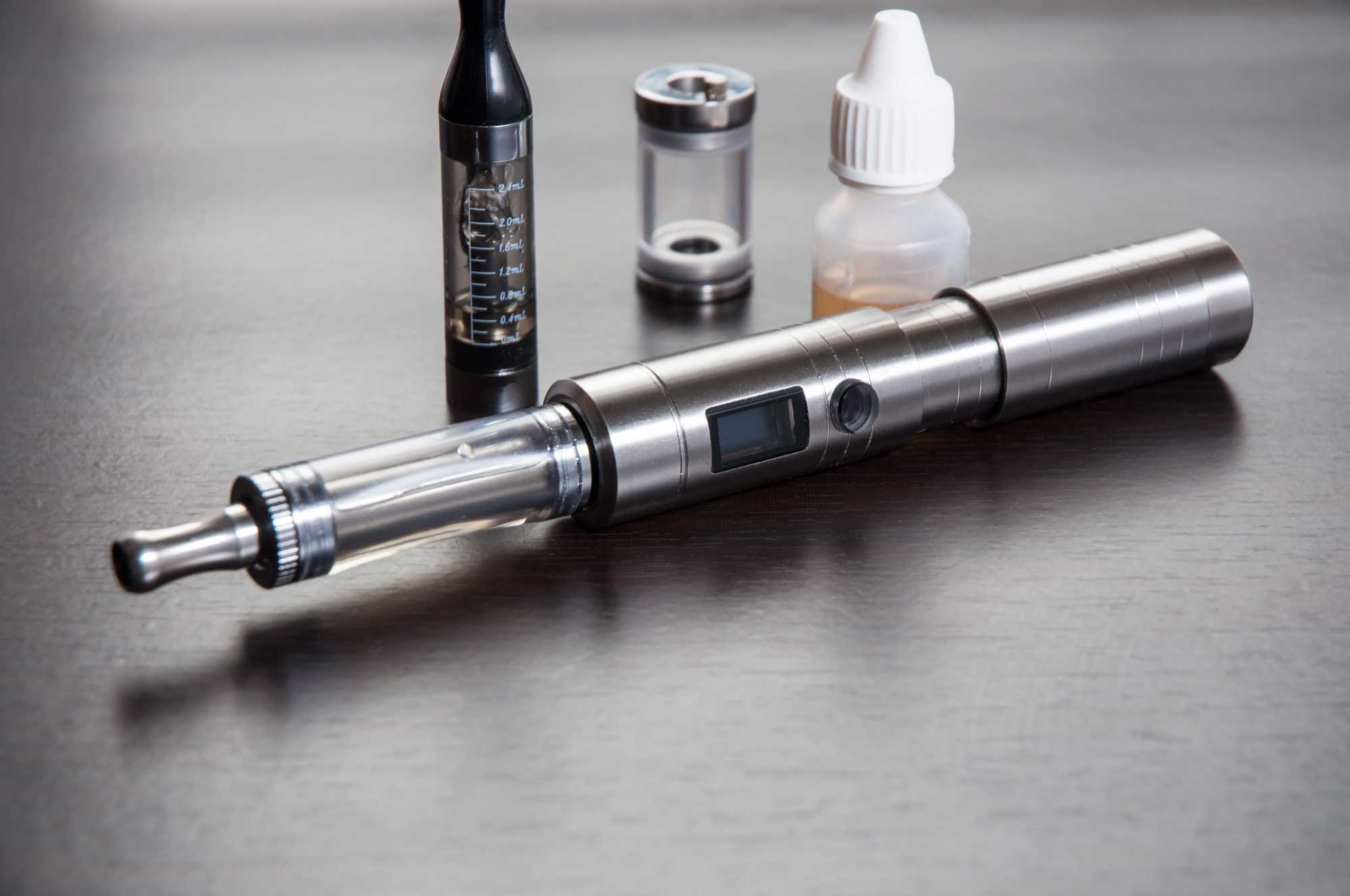 What makes e-cigarettes and vaping dangerous?

Since the original there have been several more generations of e-cigarettes produced.

The “juice” used for e-cigarettes is diluted nicotine in a propylene glycol solution. Propylene glycol is considered an additive that is used in some food and chemical compounds. Its job is to absorb water. It is also found in ANTI-FREEZE. There is some food for thought.

When e-cigarettes first entered the U.S. market, they provided a sense of hope for smokers who were looking to cut down or quit. The use of an e-cigarette could help cut down on the number of cigarettes that a user smokes per day. All while helping prevent exposure to dangerous chemicals and substances that we know are in cigarettes. Arsenic, acetone, and ammonia are just a few of the dangerous chemicals you are inhaling every time you smoke a cigarette.

The other aspect of e-cigarettes was the smoke could now control the amount of nicotine that they were using. For example, the first month their “juice” could contain 32mgs of nicotine. The following month they could cut down to 16mg, and the next month 8mg until finally, none. Free from smoking. Unfortunately, things don’t always go as we planned do they?

E-cigarettes and vaping come with their own set of health risks and seem to be causing harm just as cigarettes do.

There are risk-free alternative methods to e-Cigarettes and vaping to help you quit smoking.

As a doctor, my best and only advice is to quit cigarettes and e-cigarettes altogether! Easier said than done I know. The good news is there is a smoking cessation aid out there that helps those looking to quit without relying on the further use of nicotine: Laser Smoking Cessation.

I have been a practitioner of Laser Smoking Cessation since 2006 when I was trained by Laser Therapeutics from the United Kingdom. Since then I have treated close to 2000 patients who are looking to quit smoking, with a very high success rate.

In a nutshell, we use a laser to stimulate acupuncture points on the face, arms and hand that then produces an elevation of endorphin levels. This mimics the endorphin elevation one experiences when smoking a cigarette, but it lasts for days not minutes. Essentially, we are replacing the relaxed feeling a person gets after smoking a cigarette or e-cigarette. In addition to that, we also speak to the patient about their habits associated with smoking and how to change them to facilitate the process.

There is hope out there for you and you don’t need to feel helpless. At McKenna Family Chiropractic we don’t just perform the Laser Smoking Cessation procedure, we’re here to offer you the support and help you need to get free and quit smoking for good.

I'm Ready to Be Free From Nicotine!

Isn’t it time we wake up and realize all the harm that nicotine products are causing? Isn’t it time you finally quit and live a longer healthier life?.