The Science Behind Neurofeedback 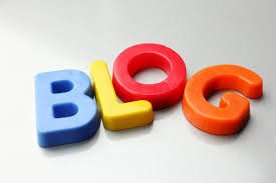 The Science Behind Neurofeedback

We all talk to ourselves, and we don’t often realize it when we do.

More accurately, our brains are constantly talking to themselves, sending signals throughout their gray masses of neurons to complete every single task that the human body requires–and those are too many to count. The brain does the same thing with signals it receives through eyes, ears, hands, stomach, etc, sending them to the different stations that specialize in sight, hearing, and so on. These signals create memories.

The fact is that when the brain creates memories, it is creating new connections and pathways among its neurons. We could say that as the brain talks to itself, it is also building itself. Whenever we receive a stimulus, be it by sight, smell, touch, hearing, or taste, a memory is built within the brain. Additionally, when the brain repeats an action over and over, it creates a consistently more permanent neural pathway for that action. That is the premise of the science behind neurofeedback.

Neurofeedback involves measuring brainwave signals and providing stimuli to try to manipulate those signals to help the brain regulate itself. This means that if there is some disregulationwithin the brain, such as that which may result in anxiety or depression, neurofeedback can help to regulate it.

Through this mental exercise, the brain reconstructs itself to send the desired signals more regularly. In a sense, it reprograms itself, which means that the patient benefits on a long-term basis. This can be used to help people who struggle with stress, anxiety, chronic headaches, ADD/ADHD, insomnia, and many other mental maladies. The best part is that it achieves this through purely natural brain functions, and thus avoids the side effects that chemical treatments may cause.